Dr. Sonia Rebeles is Board Certified in Obstetrics and Gynecology, and fellowship trained in Minimally Invasive Gynecologic Surgery.  She is currently in private practice in Torrance, CA. 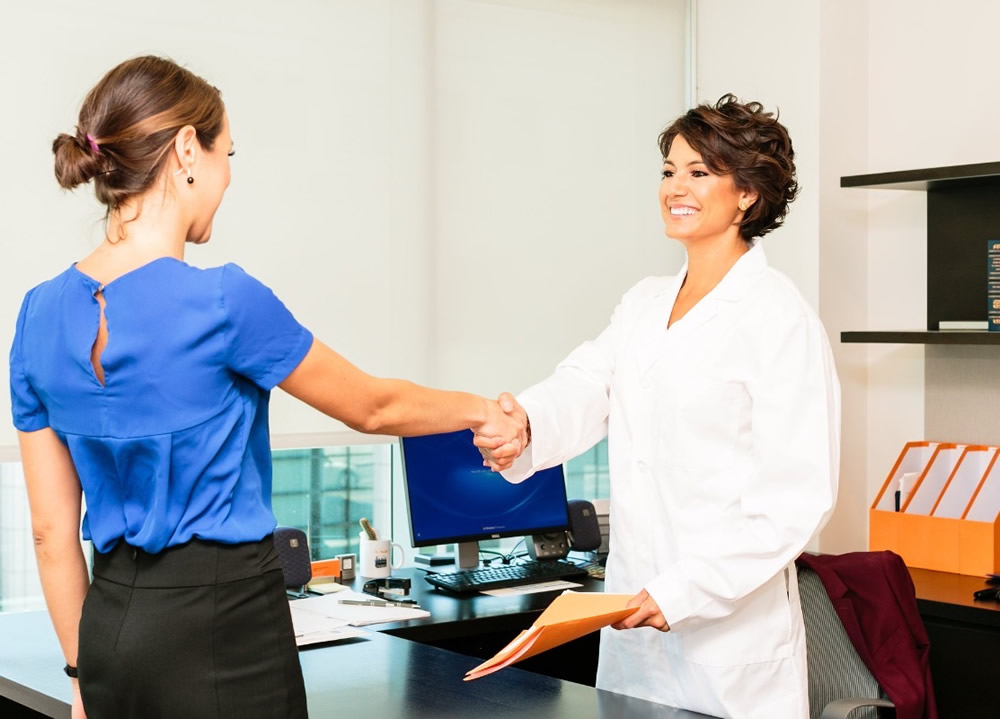 Dr. Rebeles received her Bachelor of Arts degree from Stanford University in Human Biology and her medical degree from the University of Texas Health Science Center, San Antonio. She completed residency training in general Obstetrics and Gynecology at Texas Tech University Health Sciences Center, El Paso.  She was honored as the American Association of Gynecologic Laparoscopists’ (AAGL) Honorary Resident and Best Laparoscopic Surgeon award.   She is also an active member of the Alpha Omega Alpha Medical Honor Society.

Following residency, she obtained additional post-residency fellowship training in Minimally Invasive Gynecologic Surgery, where she refined both traditional laparoscopic and robot-assisted (daVinci) surgical techniques using some of the earliest platforms of robot-assisted surgery.  She published one of the first articles on robotic-assisted surgery in gynecologic surgery for obese and morbidly obese women in 2009.

After her fellowship training, she served as an Assistant Professor in Obstetrics and Gynecology and Director of the Minimally Invasive Surgical Skills Laboratory at Texas Tech University Health Sciences Center at El Paso.  She has taught many physicians the fundamentals of Minimally Invasive Gynecologic Surgery throughout her career.  Her first year as an attending physician, she earned the prestigious National Faculty Award from the Council on Residency Education in Obstetrics and Gynecology (CREOG). 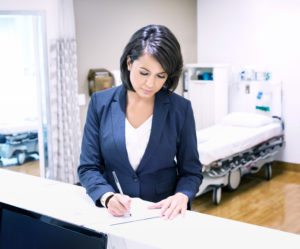 Kind Words from Our Patients

Kind words can be short and easy to speak, but their echoes are truly endless.— Mother Teresa

“Dr. Rebeles is not just a phenomenal and caring doctor, she is also a wonderfully kind person. She even inspired me to make some major changes in the way I run my professional life and and helped me through the most challenging time in my life physically and emotionally. I am forever grateful. Words cannot express the depth of my gratitude. She has helped me find the life that I deserve, and ditch the way my uterus ruled my life with pain for many, many years. Thank you, Dr. Rebeles for listening. It means the world to my family and me.”

“Dr. Rebeles is an AWESOME OBGYN. She performed a laparoscopic surgery on a 5cm dermoid ovarian cyst this past summer and I’ve been receiving medical care from her for the past 13 months. I love the way she educates her patients and answers questions with both professionalism and care. The staff is also helpful, kind, and professional which I really value in a medical office.”

“I had my first visit with Dr Rebeles today. As a labor and delivery nurse for 15 years I know what to look for behind the scenes with doctors and she is in my opinion genuinely kind and knowledgeable with a sweet sense of humor. She was precise, to the point and made me feel very comfortable!”

“Thank God for putting this angel on earth!! Dr. Rebeles is amazing! I hate going to OBGYN’s but Dr. Rebeles has made it so much more relaxing to have these types of exams done. I found Dr. Rebeles on Yelp and noticed that she had so many positive reviews. Dr. Rebeles was so warm and gentle and explained to me every single detail. I love that while she was doing her exam she was also walking me through it so I wouldn’t be surprised with her next step. I really wished I could have found Dr. Rebeles many years ago!! … Dr. Rebeles is smart, compassionate, caring, such a beautiful amazing soul! God did take His time making such a lovely angel!!! Such a positive attitude, the best bed-side manners that I’ve ever experienced! THANK YOU Dr. Rebeles, I’m so happy I found you!!”

“Dr. Rebeles is an amazing surgeon who removed my 10cm chocolate cyst and stage IV endometriosis adhesion’s through robotic surgery. I had been putting off getting surgery for 6 years but when I met Dr. Rebeles I trusted her to do it. She always takes the time to listen and answer all my questions during appointments and is even responsive to my emails. I really appreciate that.”

“After seeing several gynecologists I finally found the best. Dr. Rebeles took the time in getting to know me and my symptoms and answering all my questions. By far better than any other health care professional I’ve ever met. She is sincerely the best doctor, she made me feel super comfortable and did not feel rushed at all. I absolutely, without hesitation, recommend Dr. Rebeles. Her credentials, expertise, and demeanor are of the highest standards and you will be in great hands!!!”